China qualifies for Semifinal in both sections with a spare round

The sixth round matches in the Team Chess Championship at 16th Asian Games, being held at Guangzhou, China, went on expected lines with China confirming their entry into the semifinal by winning their sixth round match against Kyrgyzstan 4-0 to lead the table with 12 match points in the Men section. 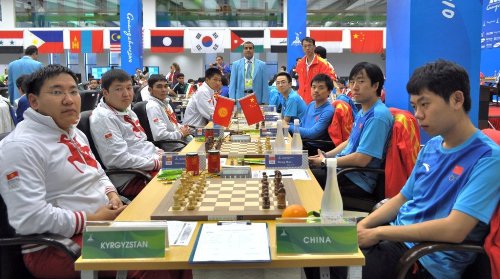 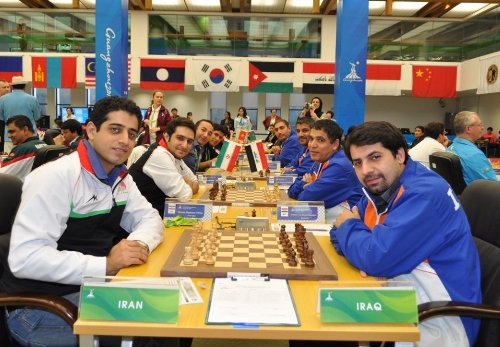 Kyrgyzstan who where on seven points lost to China and remain on seven points. There are six teams on six points – Uzbekistan who lost to Philippines, Kazakhstan & Vietnam who drew their games, Qatar who lost to India, Bangladesh who beat Mongolia & Yemen who beat Korea. Iraq is on five, Mongolia & Korea on four, Maldives & Jordan on three match points.

Uzbekistan and Vietnam are on eight points after Vietnam beat Turkmenistan 3.5-0.5. Three teams are on six match points – Bangladesh, Iran & Syria. Mongolia & Qatar are on 5 points after signing peace among themselves, Turkmenistan is on four points, Korea on two & Jordan is yet to open its account. 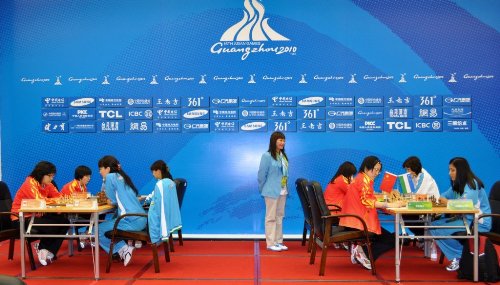 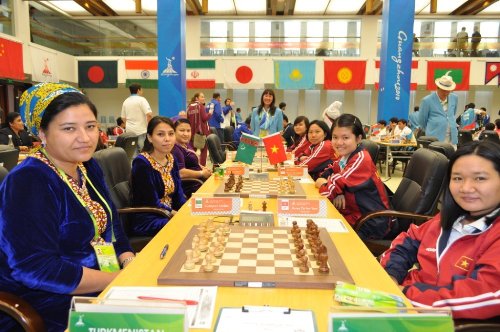 The Championship is interestingly poised as the remaining two slots to the Semifinals in both the sections are wide open and as such the last round games tomorrow have added significance.

The top four teams, after seven round swiss, qualify for the semifinals in both the sections to be played on 25th & the finals will be played on the 26th.

The games are shown live on asia-chess.com