Unfortunately, if you are present in the tournament, too many other players will cancel it

This was written in the letter sent to Viktor Korchnoi one month before the 1979 Banjaluka tournament. Korchnoi was in Lone Pine then, and 50 participating Grandmasters signed petition to FIDE.

“The letter was first written proof that Soviet Union is imposing boycott on me” – Korchnoi recollects – “FIDE didn’t have power to punish, the organization officially condemned Soviet Union, but that was it. It’s not just about boycott, they held my family for six years.”

Tournament director Dalibor Danilovic: Four months ago, IM Aleksandar Savanovic, IM Vlado Jakovljevic and I have decided to do something about restoring this wonderful tradition that died 20 years ago. Krajiski Chess Club, the chess locomotive of this region and organizer of earlier tournaments, was in lethargy, pessimism was ruling on all levels. Simultaneously, we were working on club re-engineering and “International chess tournament” project. This project had tho phases, first was “Dragan Vještica” Memorial and the winner (FM Vlado Narancic) has qualified for the second phase – 8th International tournament. We wanted to give a chance to young and local players.

What do Grandmasters say

“This kind of playing hall (Music Pavilion) and ambient I have never seen before. This is fantastic presentation for the city, and more important, cheap presentation.” – said GM Milan Vukic, winner of the first 1974 Banjaluka International.

IM Milenko Sibarevic provided every-day games commentary for the national TV RTRS. “Development of chess activity depends primary on the interest of press. Without media, we can’t do much.” – concluded Viktor Korchnoi.

Swedish Grandmaster Ulf Andersson participated in the famous 1979 edition. We can say he had a very successful tournament then, as he finished 2nd behind Garry Kasparov. “Each tournament is good, in some specific way, but the cities are different. Banjaluka is putting emphasis on relationship with the players. One wonderful thing, that we don’t have elsewhere, was rafting on the river Vrbas” – Andersson explained.

Mihajlo Stojanovic was overly pleased with the attention given to players’ needs. 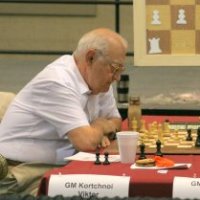 I am not a foreigner!

Korchnoi also stumbled across a group of people playing chess in front of the Museum of Modern Art. Delightfully surprised, local players tried to establish contact in German language. “Please, speak Serbian” – Viktor interrupted them, causing even more sympathies – “I know it better then German!” He explained that after playing so many tournaments in former Yugoslavia, mastering the language was perfectly normal side-effect.

GM Zlatko Ilincic, fearless fighter who tied first place at the end, defined current WCC situation as “chaotic”: “After introducing wide-range qualifications for the European or World Championship, chess players have gotten opportunity to earn higher prizes, but also they have to invest more. In order to achieve some good results, you have to invest in expansive cycles. Everything was free before. For me, the last real World Championsip was match Kasparov-Karpov back in 1990. Since then, we didn’t have World Champion recognized by the entire community. Just look at Kramnik and Anand, they are at the very top for the last 10 years but haven’t played a single match against each other!” 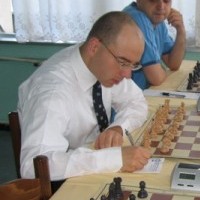 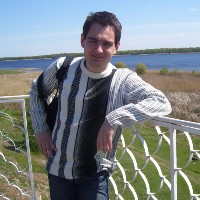