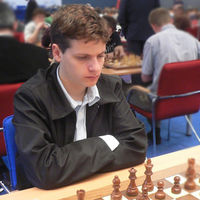 The 2009 edition of the Corus Chess tournament starts this Friday at Wijk Aan Zee. As usual, the Corus A group will be a strong 19th category event featuring the world’s chess elite. Corus B and C will not be less interesting as they are full of young talents and experienced grandmasters.

Following the tradition, Chessdom.com will offer the chess internet audience live games commentary from Corus. Games from the A, B, and C groups will be covered live. In the studio will be the resident commentators GM Dimitrov and IM Perunovic. They will be joined by one of the most promissing chess talents – GM Valentin Iotov, who is rated 2556 on the January rating list. GM Iotov has just finished top of the table at the Nino Kirov memorial and before that had a fantastic run at the Dresden Chess Olympiad scoring perfect 5,0/5 in the first rounds.

Opening ceremony and round 1

The opening ceremony and the drawing of lots will take place on the 16th of January. The first round is on the 17th and 3 games will be covered live on Chessdom. From group A we will have the game of GM Magnus Carlsen, from group B the game of GM Fabiano Caruana, and the featured game of group C will be the one of GM Wesley So.

The games in Corus will be played on a daily basis and we will announce the next featured games on Chessdom before every round. All rounds begin at 13.30 CET, except for the last round on February 1st, which begins at 12.30 hours. There are rest days: on January 21st, 26th, and 29th.