The 70th Italian Chess Championship has started today with 12 participants and continues until 4th December. The round robin tournament is taking place in Hotel Athena in the city of Siena, famous over the “Palio” horse race.

GM Lexy Ortega is defending the title won in 2009 in Sarre, Aosta Valley. GM Fabiano Caruana, who didn’t play last year because of calendar clash with the World Cup, is back in the competition as top-seeded player. Caruana was Italian Champion in 2007 and 2008.

Already in the first round Caruana was shocked by the lowest rated player in the field, FM Alessandro Bonafede, who played the Sicilian gambit with white and managed to hold a draw. Caruana performed a beautiful combination in the middlegame to emerge with an extra pawn and better endgame, but the opponent defended persistently and managed to reduce the material down to the drawn Knight ending.

Carlos Garcia Palermo rather easily won the Grandmaster duel against Sabino Brunello, while in the other decided game of the day IM Denis Rombaldoni outplayed his colleague Pierluigi Piscopo. 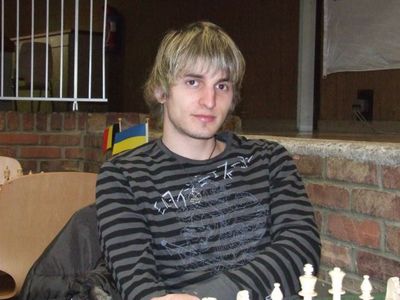 More information on the official website. Thanks to Adolivio Capece and Dario Pedini.