The 70th Italian Chess Championship is taking place from 22nd November to 4th December in Hotel Athena in the city of Siena, famous over the “Palio” horse race. 12 players compete in the round robin tournament where GM Lexy Ortega is defending the title earned at the 2009 Championship.

IM Denis Rombaldoni and GM Carlos Garcia Palermo have set a furious tempo from the very beginning of the Championship and maintained the joint lead until round seven. In round eight both quickly drew their games with black, thus allowing the top-seed and twice Italian champion Fabiano Caruana to catch them on the shared first place.

Caruana outplayed IM Daniyyl Dvirnyy who resigned on move 28, completely disgusted with the passive position (replay bellow). The three leaders have six points each. IM Carlo D’Amore is full point behind on the 4th place. 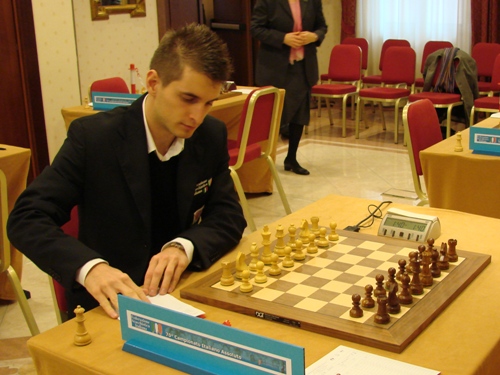 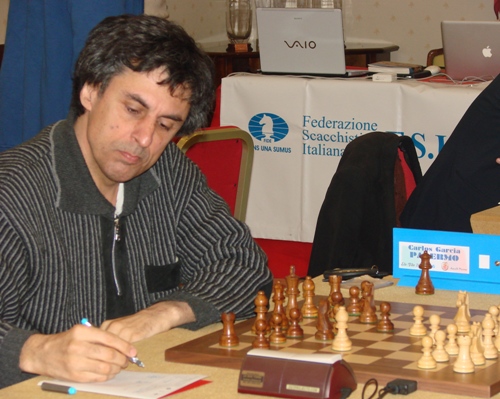 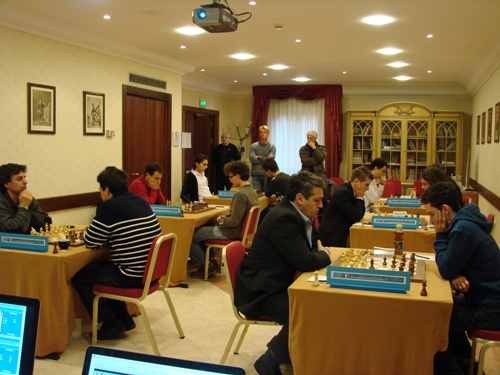 The playing hall in Hotel Athena

The authors of the best articles about chess in 2009 were awarded with prizes at the evening ceremony. This prize is dedicated to the memory of IM Alvise Zichichi (1938-2003), also former president of the Italian Chess Federation.

“Premio Siena Scacchi” was awarded to people devoted to promotion of chess in the city of Siena. 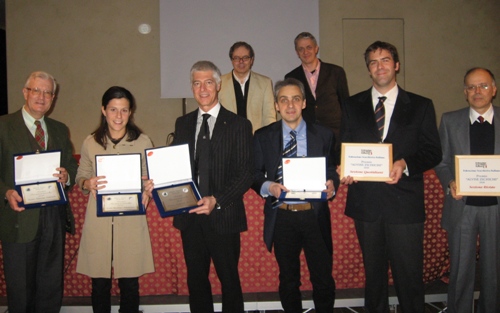 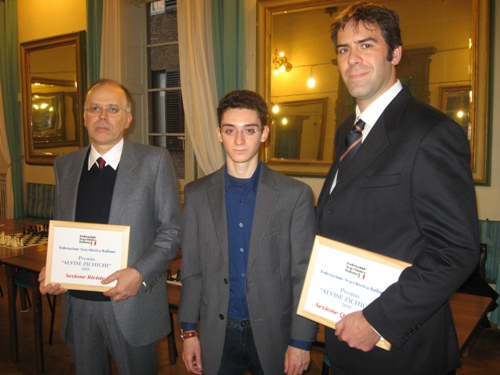 Results, standings and live games on the official website. Thanks to Adolivio Capece and Mauro Fiori for the news and photos.