The last round of the Magistral Casino de Barcelona chess tournament was played on Friday November 7, 2008, in the firm decision of the ten participants to play until the bare kings. It appears that Caissa had put on a white dress that morning:

Baadur Jobava faced Boris Gulko, who held the third position after defeating the young Cuban Fidel Corrales earlier. Gulko decided to destabilize his rival using precisely Jobava’s favorite weapon – the Richter- Rauzer – against him. But Baadur, curiously inspired after so many days of blackout, was prepared to perform one of his best thematic attacks. Gulko lost some very important tempi in the opening and allowed Jobava to launch a deadly attack on the flank where black king was resting. Finding himself low on time and faced with several threats from which it was impossible to escape, Gulko had to give in on the 33rd move, finishing on 4th place, while his rival fit in the 3rd.

Alexey Dreev, the sole leader who had won against GM Josep Manuel Lopez in the second to last round, was facing the Bulgarian GM Eti Stefanova, who cruised to the final day undefeated. They played a Slav opening (there have been many “Slavs” in the tournament, just like in all other tournaments lately, as it is quite fashionable) and Alexey selected a variation with an attack on the king’s flank. Both castled long and the fight continued around the supremacy over square e4. Dreev had already prepared a plan with f3, e4, therefore Stefanova decided to counter with Nf6-e4. But this procedure brought other problems, as Dreev had a pair of bishops in an open position. Alexey was able to benefit from this advantage, breaching onto the seventh rank with two rooks, and finished the game without complications, which secured him the lone top spot. 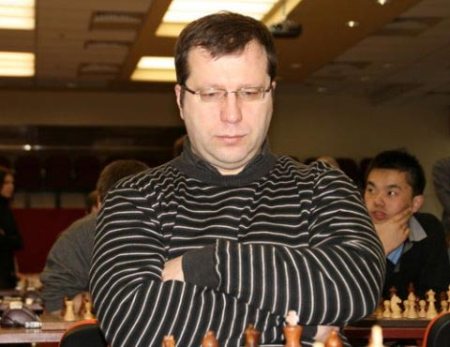 Kiril Georgiev and Josep Manuel López played a variation of the Nimzo Indian that fits perfectly into the style of Bulgarian. As we have seen during the course of the tournament, he is an expert in converting a microscopic advantage into full points. Same happened in the last round, both maneuvered much, but this was not good enough for Kiril, so he decided to return the extra pawn. Lopez started fixing the pawns of the king flank, with a strong chance for achieving a draw in the rook endgame. But the tension and fatigue took over and the game ended with the victory of Georgiev.