Twelve players with a perfect score after the first day

This year, the symbolic “700″ barrier was cracked: despite the fantastic summer weather, 701 chess players came to Mainz to play the GRENKE OPEN. We counted no less than 165 players with an international title in this strong field, in which the top ten has an average ELO of 2727!

As we heard from many chess fans today, playing chess is not the only reason to come to one of the oldest cities in Germany. Being part of the chess community and having the unique chance to play a world championship with top players in one single tournament is the main reason for their pilgrimage to Mainz. After five rounds in the GRENKE OPEN, twelve players still have a perfect 5/5 score: Aronian, Gashimov, Karjakin, Grishuk, Bologan, Kamsky, Kasimdhzanov, Inarkiev, Bareev and Gustafsson, Kempinski and Markowski. 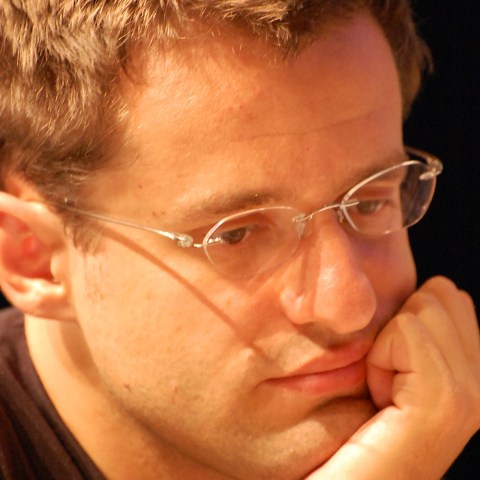 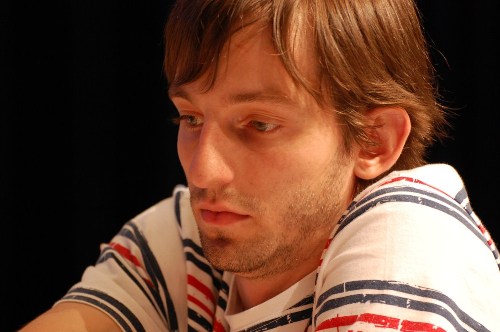 In the GRENKE OPEN you do not only meet top players, you also have to chance to play against legends like Vlastimil Hort, Ulf Andersson or senior world champion Miso Cebalo, who are happy to sign books or give autographs. In the first few rounds, the top players have a relatively easy job, but it is always dangerous to play against highly motivated lower rated players.

In the second round, GM Andrey Sumets lost a spectacular game against the editor of the chess magazine “KARL”, FM Harry Schaack, and in the third round, German top player Arkadij Naiditsch stumbled against WGM Elvira Berend. The German number one ace lost another game in the fifth round: he was grounded in a game against FM Ulrich Schwekendiek, who played a spectacular King’s Gambit. With only 3 points, Naiditsch is out of business, because the winner of the GRENKE OPEN will at least need 9,5 points. 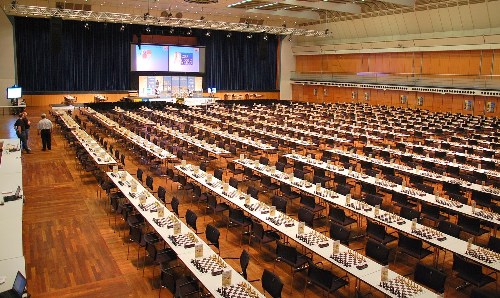 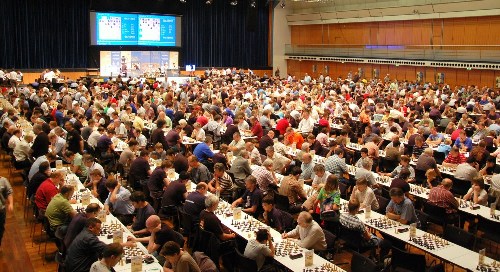 It is fun to stroll through the playing hall, searching for nice combinations, piece sacrifices and blunders. Even world champion Vishy Anand stepped by and watched some of the games. Do not forget: the top 10 boards of the GRENKE OPEN are broadcasted live. Just click on www.chesstigers.de, and go to the CCM10-Live portal to follow the games. The transmitted games can be downloaded.

Six more rounds will be played on Sunday and the sixth round starts at a chess-player friendly time: 11.00 AM. Loads of pictures and reports can be found in German and English on the official website www.chesstigers.de. Do also follow the tournament Twitter: http://twitter.com/chessclassic. 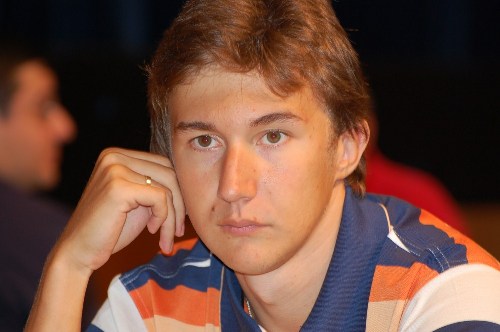 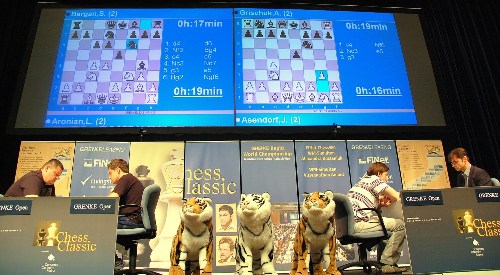