A total of 226 participants, that include thirty International Masters, four Women Grandmasters and 193 International rated players from across the country are participating in this 13 round event played under FIDE’s Swiss rules.

Top seed International Master M R Lalith Babu of Andhra Pradesh and Dinesh Kumar Sharma of LIC joined with overnight leaders to share the lead with seven points after beating BT Murali Krishnan and P Konguvel in the ninth round of the Championship.

Playing black side of Queen’s Indian Defence, Laith displayed sheer class in rook and pawn ending to overcome his railway men rival in 49 moves while Sharma had a perfect double rook combination in the ending to beat Konguvel in 32 moves. All the overnight leaders signed the peace treaty and this helped Lalith and Sharma to catch up with leaders. 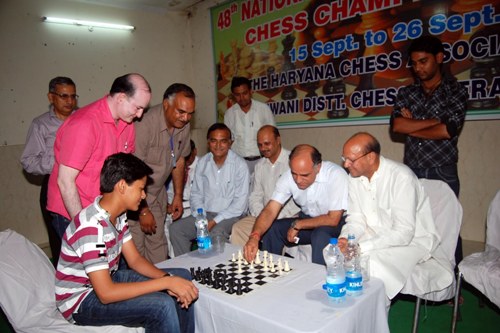