The 5th Polonia Wroclaw International Chess Festival is taking place from 26th June to 2nd July in Wroclaw, Poland. The playing hall is Hotel GEM – tennis hall. Nearly 300 players are competing in four groups: Open A (for players rated 2000 and above), Open B (for players under 2100), Open C for kids born in 1997 and later and Open D for kids born in 2001 and later. All events will be played over 9 rounds with Swiss pairing system.

Immediately after the Festival, the 19th Adolf Anderssen Memorial is commencing on 3rd July. The rapid tournament with time control 15′ + 5″ per player (elimination on first day) and 15′ + 7″ (8-players knockout final on second day) honors Adolf Anderssen (1818 – 1879) from Wroclaw, one of the best chess players in the world in the second half of XIX century. 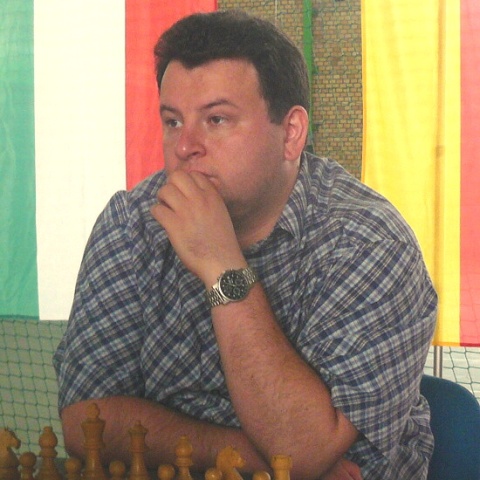 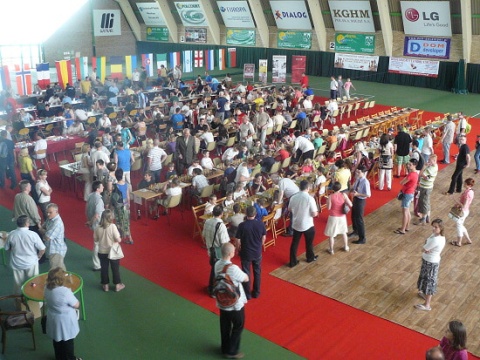 The tennis hall in Hotel GEM 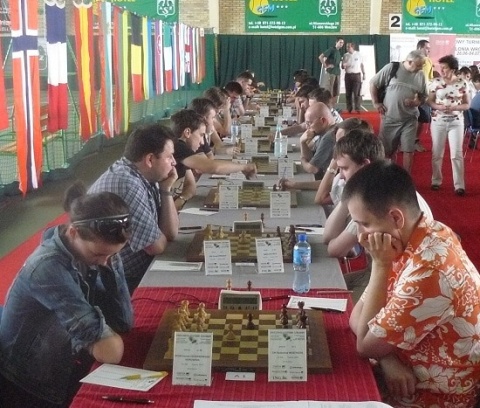 Top tables in round one 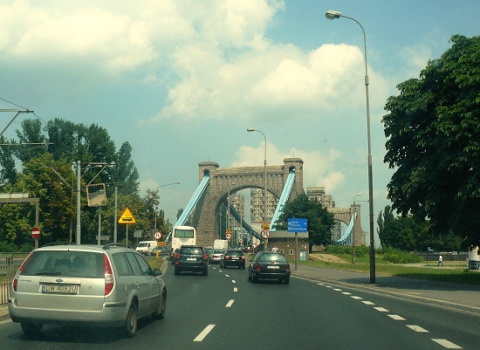