A quick peace treaty with Austria in the last round of the European Senior Teams Championship handed the gold medal to the team of Russia. Congratulations!

IM Anatoli Shvedchikov from the winning team commented: “The team has suffered changes this year because our regular member GM Vitaly Tseshkovsky is ill and we were forced to experiment with the roster. The competition was very strong, with the likes of Germany, Israel and Montenegro, but the experience from the Soviet chess school was valuable, we were persistent and we justified our reputation of the top seeded team.”

“I am not surprised with the final standings”, he continued, “There were many interesting games, we renewed and strengthened some old friendships and I am very pleased with this tournament. We have also initiated many friendly matches for the teams of Moscow and Russia.” 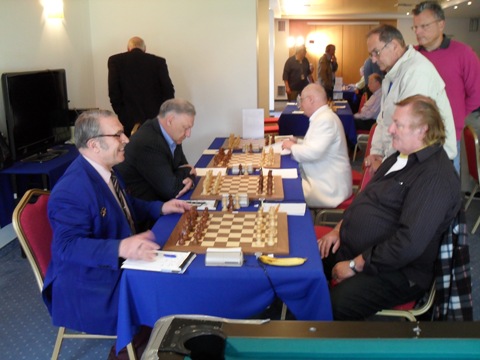 Russia and Austria before the start of the match 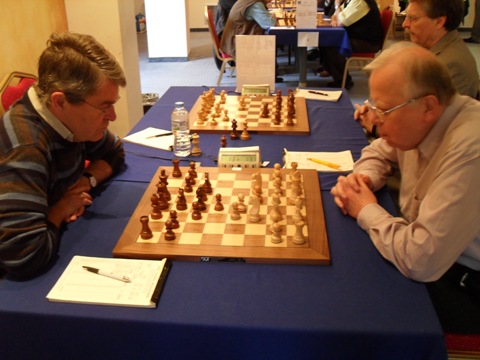 In the match between two teams on the shared second place, Germany started off with two draws against Denmark 1 and then GM Wolfgang Uhlmann scored to give his team a lead. FM Clemens Werner later finished the job for the overall 3-1 victory and a silver medal for German team.

Montenegro was battling Scotland in an attempt to win the bronze medal. Austria’s draw and Israel’s lower sum of individual points lifted their spirits. FM Momcilo Raicevic opened the match with one of his trademark swift victories. GM Bozidar Ivanovic increased the margin, but soon after IM Ljubo Zivkovic lost on the second board.

The whole team was trembling as FM Srdja Dragasevic, also president of the Montenegro Chess Federation, was searching for the way out of inferior position. He eventually succeeded to make a key draw for his team to grab the bronze.

Italy started well versus Israel 1 as IM Stefano Tatai crushed GM Mark Tseitlin on the first board in only 16 moves. IM Tatai commented that this sharp Sicilian Naidorf line was well known to him as he had played it 30 years ago and analysed in his opening book that was published last year.

GM Yair Kraidman struck back on the fourth board and equalised the score. The teams exchanged victories on the 2nd and 3rd board to finally settle the result at 2-2. 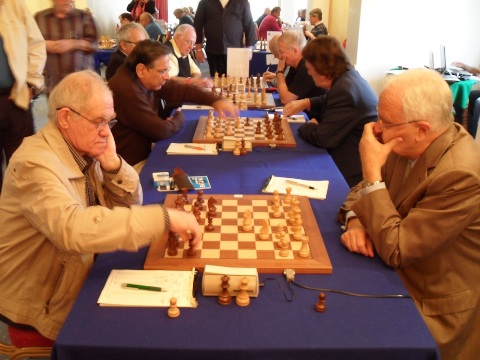 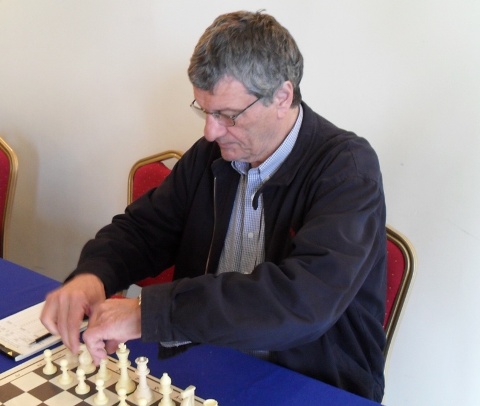 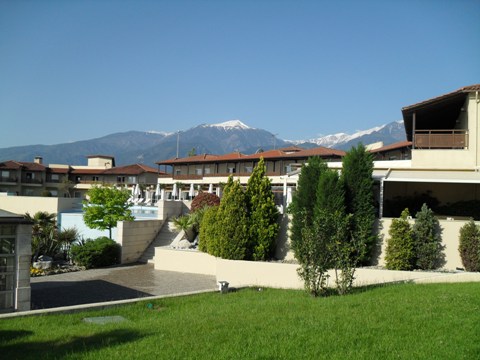 The playing venue was at the Dion Palace Resort. Olympus peaks in behind. 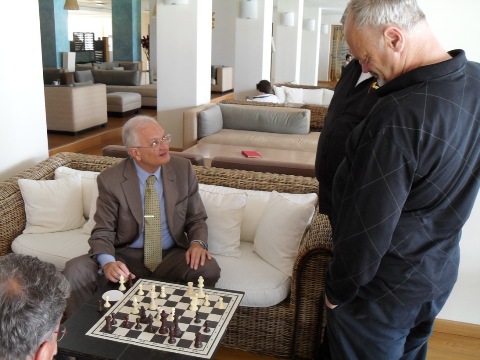 IM Stefano Tatai sharing his victory with the Austrian team