I am invited to take part in Botvinnik Memorial 2011, which will be held from 1-5 of September in Moscow. The tournament is dedicated to the 100th anniversary of World Champion and legendary Mikhail Moiseyevich Botvinnik (17 August 1911 – 5 May 1995).

The tournament will consist of a Men’s and a Women’s section. The participants of Men’s section are Viswanthan Anand, Magnus Carlsen, Levon Aronian and Vladimir Kramnik and in the Women’s section the players are Koneru Humpy, Tatiana Kosintseva, Viktorija Cmilyte and myself.

The tournament will have two parts. The first part is a double round robin Rapid Competition (6 rounds), with a 25min + 10sec time control and the second is a simultaneous exhibition of the players where each will play on 10 boards.

The very interesting and unusual part of the rapid tournament is that during the game, both opponents will give some commentary on the position on the board, while the other opponent will be sitting, with earphone and music, in order not to intercept the opponent’s comments.

I’m looking forward to taking part in such an honorary tournament.

After the rapid tournament, we will have another very interesting challenge. Men and women will make pairs. The team will be composed from players by country and in one case region and we will play Combine Rapid Chess, which means in my case I will play a move and then Levon Aronian will play a move and so on. 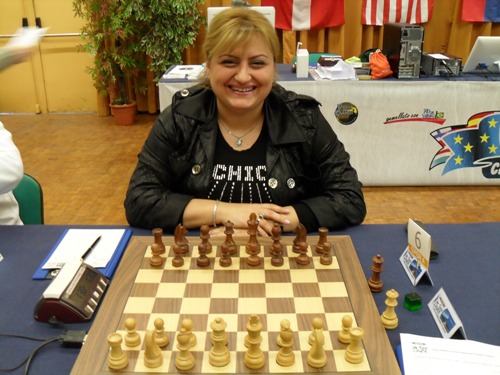