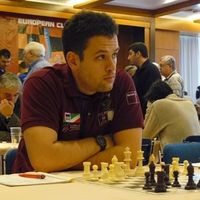 GM Christian Bauer will be head of the commentators team for the 2009 edition of the Tal Memorial. He will be doing the games commentary together with IM Perunovic, NM Karagianis, and Jason Juett daily on Chessdom.com.

The commentary will be available on the Tal Memorial general page, as well as with user interractive chat with Rybka and Toga engines analyzis at the Live games arena.

Tal Memorial 2009 is one of the strongest round robin events of the year. Top seeded is GM Magnus Carlsen, who just broke 2800 ELO points and will be trying to increase his rating even further. The current World Champion Viswanathan Anand and the Ex World Champion Vladimir Kramink will see each other once again after the Bonn 2008 World Chess Championship.

Levon Aronian, Vassily Ivanchuk, Peter Leko, Boris Gelfand, Peter Svidler, Alexander Morozevich, and Ruslan Ponomariov are the other players, all aiming at the top position at this year’s Tal Memorial. All of them will later join the World Blitz Championship, which starts after this event.