The successor of Corus started today in Wijk Aan Zee

Tata Steel 2011, previously known as Corus chess tournament, has started today in Wijk aan Zee, Netherlands. Three tournaments with 14 participants in each are being played with the round robin system.

Already in the first round of the main A tournament there was a clash between two players rated above 2800 elo. Magnus Carlsen used a novel approach in the Scotch Opening, but Levon Aronian skillfully combined careful defence and timely counterplay. Both Kings were under fire from enemy pieces, and Aronian claimed a perpetual check before White was able to include the dangerous Bishops into the attack.

World Champion Viswanathan Anand defeated the former ruler Ruslan Ponomariov after trapping his Queen in the middle of the board.

Jan Smeets claimed the fastest victory of the day. In a tactical position, Shirov blundered 23… Ra8 and resigned just a few moves after.

In the clash of the blitz chess masters, Hikaru Nakamura defeated Alexander Grischuk for a perfect start at Tata Steel (replay game) 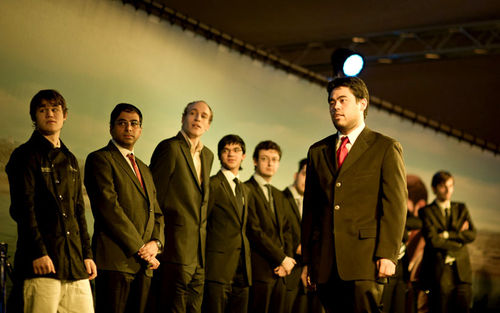 A dream start for Nakamura, who won game 1 of Tata Steel 2011

In the game of the young stars, Le Quang Liem signed draw with Wesley so (replay game with commentary).

Tata Steel C had a remarkable start as well. Last seeded Tania Sachdev won against second seeded Ivan Ivanisevic in a sharp game that started with Allgaier gambit. After a blunder and missing a perpetual check, Ivanisevic was forced to start with a loss his first participation in Wijk Aan Zee (replay game).

Swiercz and Vocaturo completed the list of young players in Tata Steel C with full points, after winning their games. 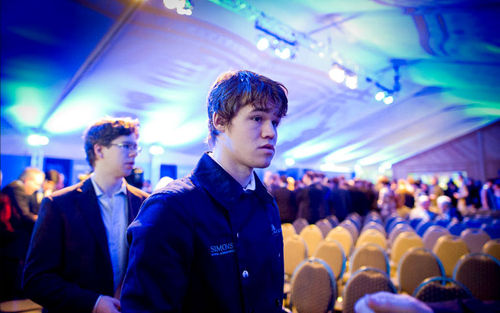 Carlsen and Hammer, the Norwegian duo 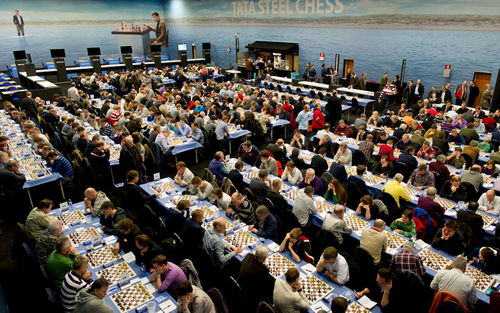 Tata Steel with the amateur events

All photos by Fred Lucas, more at http://www.fredlucas.eu/