In the Open section, Armenian Grandmaster Hovhannisyan Robert drew his game against Polish GM Swiercz Dariusz and maintained his lead with 9.0 points. Ter-Sahakyan Samvel (Armenia) and Swiercz Dariusz (Poland) follow the leader with 8.5 points. Sharing the fourth spot at 8.0 points were Kovalev Vladislav (Belarus), Durarbeyli Vasif (Azerbaijan), Ray Robson (USA) and Adhiban Baskaran (India). With two rounds to go, the games are bound to intense, as the big medals are at stake. 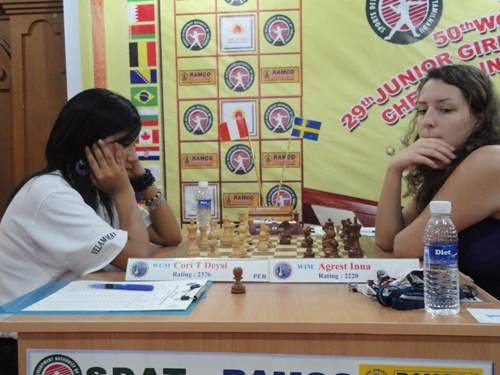 In an interesting game at the third board, the struggle for supremacy between GMs Ray Robson (USA) and S P Sethuraman (India) went all the way. The Sicilian game saw early exchange of queens, indicating peace may be at the cards in short notice. But that was not to be, as Robson offered a knight on the 17th turn.

Refusing to take the bait, Sethuraman pressed for victory, gaining a pawn in the process. But the ensuing rook and bishop ending was executed with accuracy by the youngster from USA, and peace was signed after 71 moves and more than five hours of play. Earlier, the top two boards ended in draws, keeping the lead position unchanged.

GM Norm holder Vidit Santosh Gujrathi showed that he is fine nick, as he overcame Grandmaster Sasa Martinovic of Croatia in 45 moves. Indian medal hopes rest with GM Adhiban Baskaran at 8.0 points in the Open section, while WGM Padmini Rout has an outside chance to match her bronze medal result from the world junior 2010. 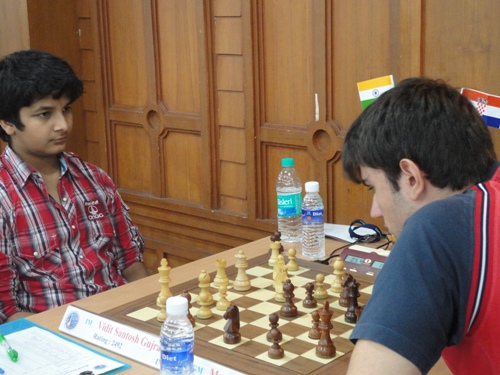 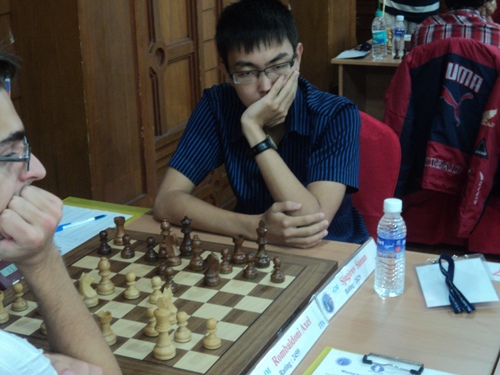 Round 11 Results (Open, Indians unless specified):

Round 11 Results (Girls, Indians unless specified):