In the Open section, Grandmaster Hovhannisyan Robert (Armenia) defeated American medal prospect GM Ray Robson in the top board, moving to 10 points, with just a round to go. Half a point behind stayed Polish Grandmaster Swiercz Dariusz at 9.5 points. The fight for the bronze medal and third spot will rest with Ter Sahakyan Samvel (Armenia), Vladislav Kovalev (Belarus), Vasif Durarbeyli (Azerbaijan) and Sahaj Grover (India) at 8.5 points. 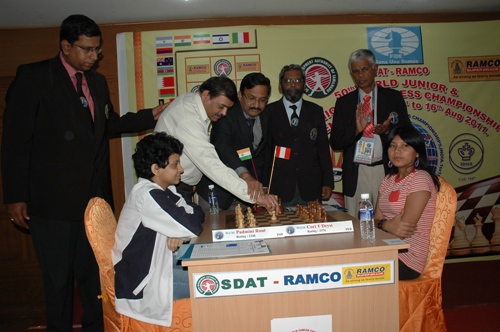 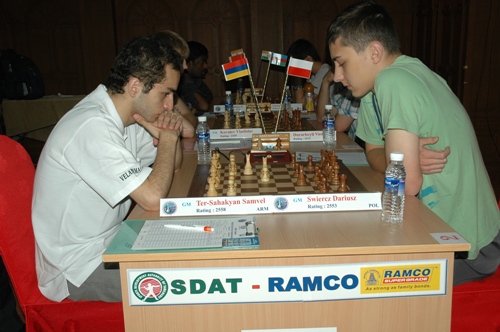 The top board game between Hovhannisyan Robert (Armenia) and Ray Robson (USA) was a true Spanish bull fight. It turned out to be an exciting Sicilian game, with both the Grandmasters playing for a win. Robson made his intentions clear with a rook for knight sacrifice on the 17th move. Not to be out done Hovhannisyan returned material in no time, taking the game into a rook and bishops ending. Further, rooks were off the board by move 26 and the five pawn island of the Armenian looked trifle suspectful.

But, Hovhannisyan showed more enterprise, as he advanced his “c” pawn to the discomfort of Robson. The game further ventured into a study like ending with two menacing black pawns advancing to the seventh rank. Accurate reply by Hovhannisyan forced Robson to resign on the 46th move. Hovhannisyan’s fighting victory makes him a clear title favorite, thanks to a full point lead over second placed Swiercz Dariusz of Poland.

In the Girls section, Russian Girya Olga (10.5) will start the title favorite in the final round, holding a crucial half a point lead ahead of Peruvian Cori T Deysi. With Gold and Silver medals being shared among the duo, the struggle is going to be for the bronze medal. At 8.5 points top seed Paikidze Nazi (Georgia) will be eyeing the third spot with a final round victory on tomorrow.

Challenging Paikidze for the medal would be Romanian Irina Bulmaga, who remains at 8.5 points. The girls at the 8.0 point group, would need to win their games first, and wait for favorable results in other boards for a shot at the bronze medal. 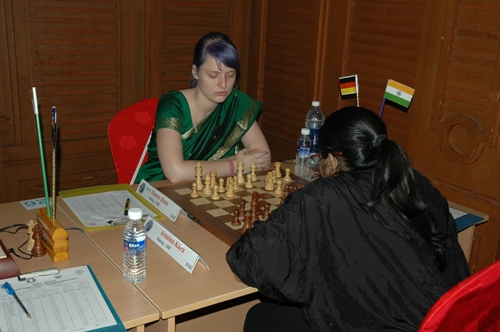 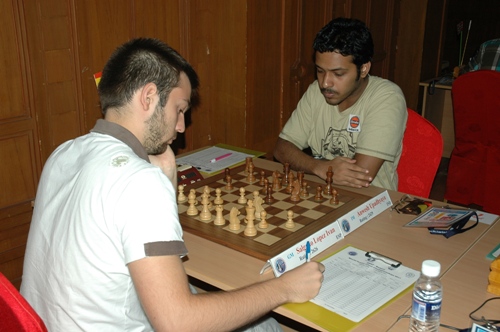 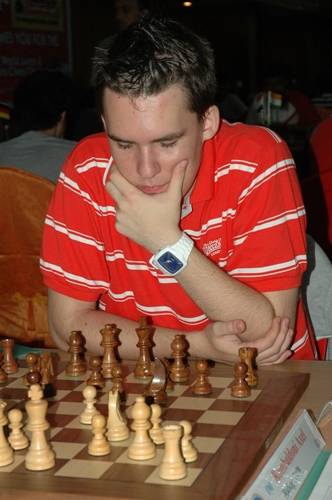 Round 12 Results (Open, Indians unless specified):

Round 12 Results (Girls, Indians unless specified):