The dream run of Girish Koushik continued as he defeated Swedish Grandmaster Grandelius Nils in the eighth round of the SDAT-RAMCO 50th World Junior & 29th Junior Girls Chess Championships 2011, at Hotel Vijay Park, Chennai, here today. Girish scoring his fourth successive win against a Grandmaster, now shares the lead with Hovhannisyan Robert (Armenia) at 7.0 points. In the process, Girish Koushik achieved his maiden Grandmaster Norm and will now set his eyes on the crown.

Overnight leader, Italian International Master Axel Rombaldoni lost his first game of the event to Armenian GM Hovhannisyan Robert. The Sicilian game saw the Italian conceding an early space advantage to Hovhannisyan. By move 22 Rombaldoni was a pawn down, with a shaky position to defend. Steady exchange of pieces, saw the Armenian improving the position. The resultant rook and bishop ending, with two pawns downs and one more about to fall, saw Italian throwing in the towel. The game lasted 34 moves. Rombaldoni despite the defeat, achieves a 9-game GM Norm. Rombaldoni now shares the third spot at 6.5 points, along with Ter-Sahakyan Samvel (Armenia). 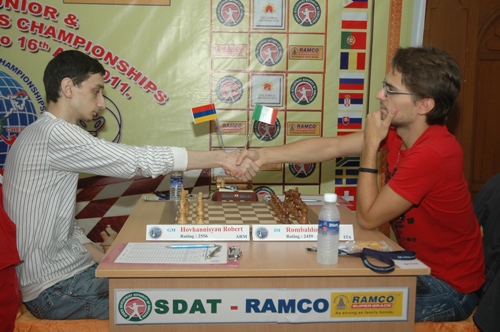 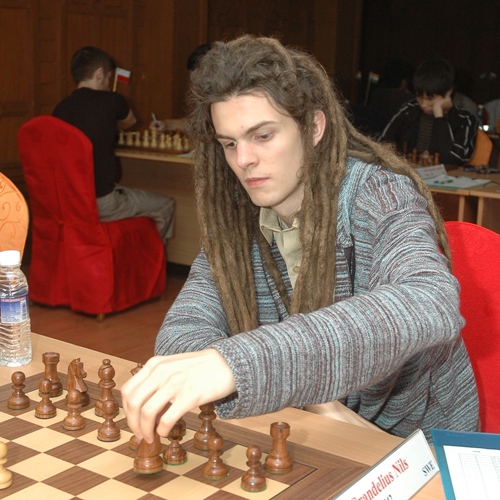 It was the day of Girish Koushik, for the young lad, defeated his fourth Grandmaster in a row accounting Swede Grandelius Nils in 36 moves. An early exchange sacrifice in the Grunfeld game by Grandelius, took the game to unclear territory. With both the players pushing for victory, the Swedish Grandmaster erred at a crucial juncture capturing the pawn on “c3″ with his knight, failing to see a mate in six. Girish pounced on the chance, and was about to execute the mate when Grandelius gave up. 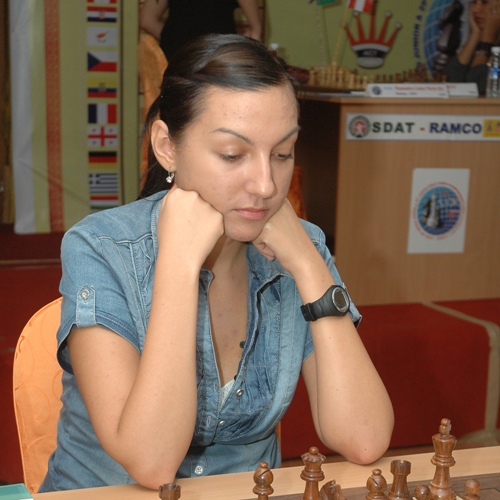 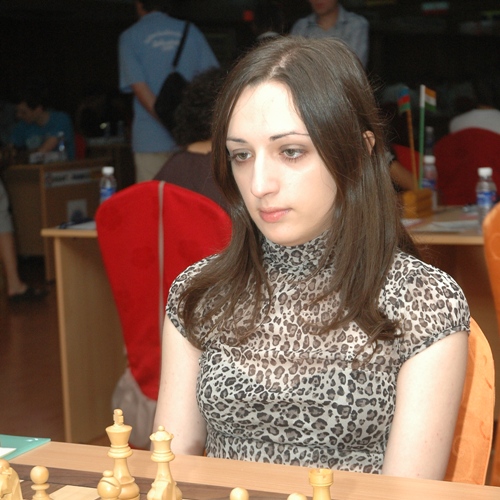 Round 8 Results (Open, Indians unless specified):

Round 8 Results (Girls, Indians unless specified):